My sweet sister met a nice man from London named Mr. Martin Smith.  They emailed a few days and then all of a sudden on a Saturday night he said he would be here on the coming Monday. While Sarah and Mom were in shock, we raced to get packed to host him at Ma's house because there is more space, and we didn't want him locked in a hotel. He arrived on March 25 and stayed for 10 days. We had so much fun. 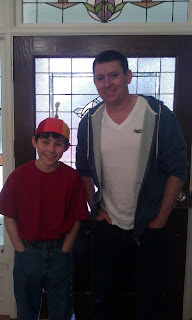 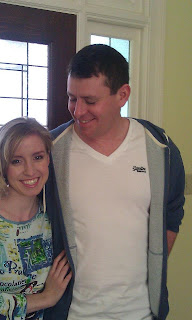 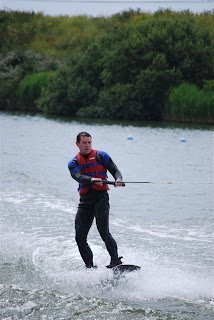 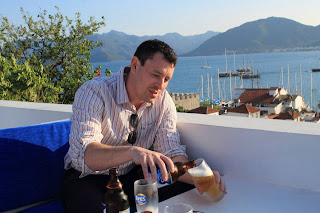 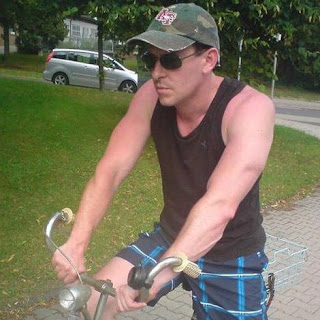 We wanted to show him Southern food so Dad, Mom, and Sarah took him to Mr. Friendly's, an upscale Southern cuisine restaurant, on his second night here. We tried to take him to as many places as we could to keep him entertained. We took him to the zoo and he fed the giraffes and Lorikeets, but he liked feeding the giraffes best. 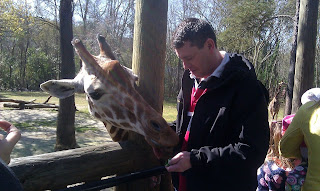 Before Easter on Tuesday, we took him with us to put flowers on the graves in Florence and then we ate at Cain's BBQ. We played around at Ma's house and got to know each other in between times. He did an excellent job learning Catch Phrase, and he seemed to like playing with us even though he is 39 years old. He was not used to being around children but I think he is now. He was like Gru in Despicable Me but just like the movie, we grew on him. In fact, he got Despicable Me in his Easter basket. We all watched it together.

On Friday we took him to Charleston, gave him a tour by car when we arrived, and then we ate lunch at Fleet Landing because it is on the water. Then we walked around the market while we were waiting on our carriage ride. We had an excellent tour by a man with a horse named Barry. We saw Rainbow Row, and the Battery, and lots of historic houses and churches. That night we had Chick Fil A when we got home because he had never had it, but had heard about the controversy about the gays all the way in England. Apparently it was a big deal.

On the day of Easter, John, George and I raced downstairs to wait on the older boys. Finally, we walked in the living room and it was beautiful with candy everywhere. There was a Dove chocolate egg bunny trail and we were excited to follow it, but Mom said to hunt the Easter eggs first. Once we found the eggs, we followed the trail. It led to the umbrella stand where there was a note that said "NOT HERE!" Then we continued to follow the trail to a fruit tree where another note said, "NOT HERE EITHER." Mom was laughing while we did this. Then we followed the trail to the antique foyer drawers. We opened the top drawer and in it was a video game for the Wii called Indiana Jones Lego Wii game. We were shocked because this game we had wanted for a pretty long time.

He dyed eggs for the first time in his life.  Can you believe it? 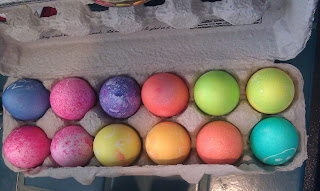 The day after Easter Dad, Mom, Sarah Grace and Mr. Smith went to Savannah without us. They ate at Mrs. Wilkes' Boarding House like we always do. They took another carriage ride and had cocktails on the rooftop terrace at a pub called Churchill's. Mom and Sarah want to take us there because we all took a course together on Churchill and they said we would love seeing all the prints of him and the look of it. It looked very Churchill-y. 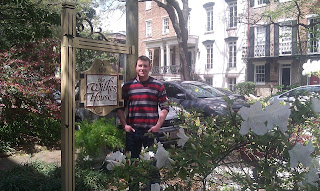 The day he left he thoroughly enjoyed each individual Jelly Belly jelly bean he tried, and marveled at how much they actually tasted like the flavor they represented.  He was like a jelly bean connoisseur.

He's back in London now and he emailed Billy and said he would be meeting him.  We love Mr. Smith very much and we can't wait until he comes back to visit.  We hope he will always always be a part of our lives.

Posted by The Allen Family at 2:18 PM