James: The MacGyver of Gardening -- posted by Mom

Since we decided to use the back garden this year, and since our precious heirloom garden was planted there, we figured we should make an effort to foil the deer thievery we've known from previous years.  And since we've become masters of gardening on the cheap, we got creative.

Although the existing fence is adequate in hindering bunnies and turtles, it's a couple of feet too short to keep the deer out.  So, we stuck an 8ft T-post in the corner and ran a cord to the existing posts around the two exposed sides of the garden (the other two sides are bordered by the chicken coop on one side and the dog pen on the other). We wanted to put something on the cord to alert the deer and convince them they wouldn't be able to clear it no matter how tempting they found our luscious Eden.

We decided to check out the dollar store since the price is always right.  And what to our wondering eyes should appear, but a three-pack of pinwheels for a buck!  WHO DOESN'T LOVE PINWHEELS?  And they rattle in the breeze as well... surely enough sorcery to spook the wildlife!

The only problem was that the pinwheels were top heavy and tilted in a way that they couldn't spin.  And what is a pinwheel if it can't spin?!?  So, MacGyver James thought to zip-tie a rock to the bottom of the pinwheel stick!  So far, they have seen strong wind and heavy rain and they are still just spinning their little hearts out! 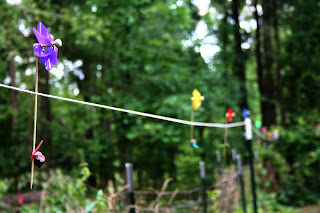 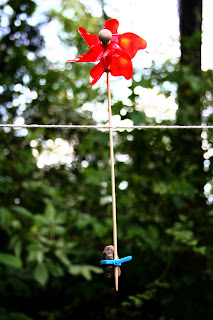 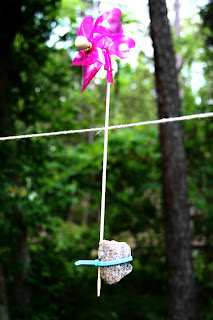 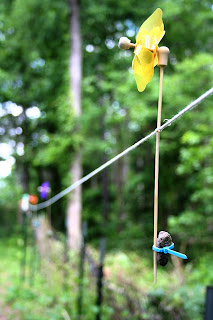 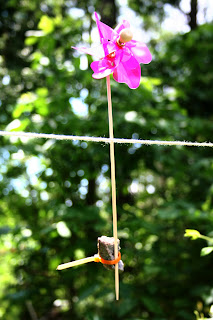 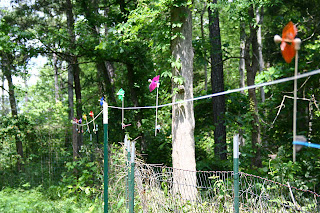 We already have some baby tomatoes. 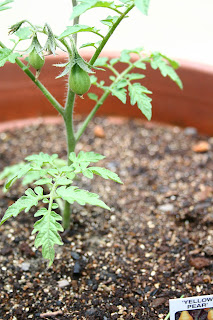 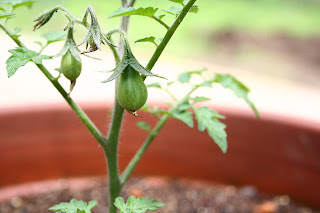 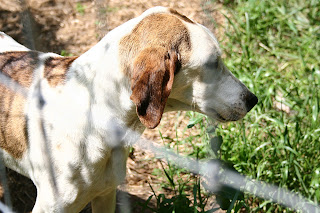 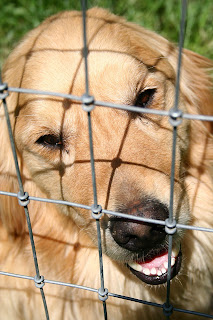 Posted by The Allen Family at 5:54 PM

I have never known a man (big or small) who can complete a job without the use of at least ONE zip tie! Lou has them in a thousand different sizes and uses them on EVERYTHING (even when a little piece of tape would do!). Ingenious solution, though - I am impressed! s x