A Tintin Christmas -- posted by John 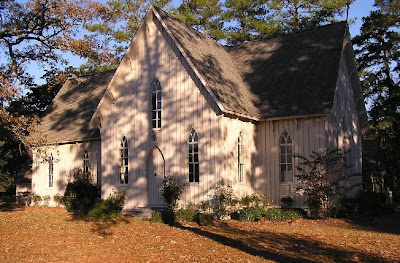 We arrived in Florence late afternoon on Christmas Eve to put arrangements on the graves, which has become a tradition handed down from Ma. The congregation had gathered for their Christmas Eve Service of Carols and Candles, and we could see the warm glow from inside the antebellum country church, with the Christmas tree in white lights, and we could hear the organ music and carolers. The contrast from the grey, dreary December day made the toasty sanctuary all the more inviting. In fact, had we known about the service, we would have arrived a little earlier and joined them in worship. We agreed to plan on it next year. (The picture above is from the church website. It was not a sunny day.)

The arrangements for the graves were elegant with pomegranates, pears, apples, and pine cones clustered in greenery and tied with red velvet ribbon. Only Webb's was different this time. When we went to the craft store to buy seventeen identical bouquets, we saw one all in silver with a ball, a drum, and a silver package with a silver bow. It looked just like Webb, especially once Mom made the bow with the blue and silver ribbon.

Sarah and I placed the arrangement on the Confederate soldier's grave, and we brushed off the leaves to tidy it up. Oh, and Ma's arrangement also had a cardinal on it since she loved wild birds so much.

After we left the cemetery, we went out to eat in Florence. Mom ordered a Christmas sangria and it was so delicious! She let us have a taste because she was so impressed with it. In fact, the chef slipped her the recipe once he learned from our server how much she enjoyed it. It had wild berries, house red wine, simple syrup, orange, lime, Goldschläger (which is Swiss cinnamon schnapps with flakes of gold leaf floating in it), and a large sprig of rosemary planted down in the glass and draped over the edge. Sarah called it Christmas in a glass. When I took a sip, the fragrance made me want to pause and just smell it for awhile.

On the hour and a half drive home, we pretended that every tower with a flashing red light was Rudolph and we'd better beat him to the house and get to sleep before he landed on our roof.

The next morning we came into the den to find nine sleds all propped up on the hearth. Last year we busted up all our sleds with the two snow events, so Mom wanted to make sure we had replacements just in case. Of course it was 76 degrees the week of Christmas so that was funny.

I wasn't expecting anything since I got the bicycle around Thanksgiving, and Mom kept reminding me so I wouldn't be disappointed on Christmas Day. Nevertheless, to my surprise, I had three packages under my stocking!

Since I had read the Tintin series (at Dad's suggestion since he loved it as a boy), I received a newsboy cap I had been wanting for ages. I have a flat cap, but it's worn out, so that was exciting. I also got Republic of Tea Tintin chocolate chai tea. It is a fine black tea with carob, cocoa powder, chocolate, cinnamon, cloves, licorice, and ginger. They pulled together exotic flavors from the countries of Tintin's different adventures to market a tea for the opening of the movie. I feel like Tintin is kind of "my thing" because I was reading it before they were even making a movie. Dad and I used to cast the movie long before we knew they were making one.

I also got a Tintin mug. I love the creamy base color of it and I also love that the handle doesn't get hot in the microwave. It has a picture of Tintin and Snowy on a globe and on the back it has Tintin zooming on a motorcycle. We all got Belgian chocolate in our stockings (I'm eating a piece now!) and we Young Guns got Belgian hot chocolate which is distinctive and rich. I was also glad to share my Belgian butter wafer cookies which are buttery and crispy. Oh, and Will got a six pack of Belgian beer. Tintin was from Belgium.

After all the packages were unwrapped, Mom announced that our family gift is to go see the Tintin movie together. I'm so excited.

Sarah Grace has taken to wearing Ma!Ma! Sarah's costume jewelry in her hair and it looks so pretty. This is one of Ma! Ma!'s earrings that Sarah made into a hairpin. All through Christmas her hair sparkled while she was working in the kitchen. I think this is my favorite hair style for her. 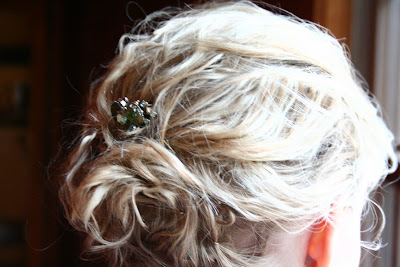 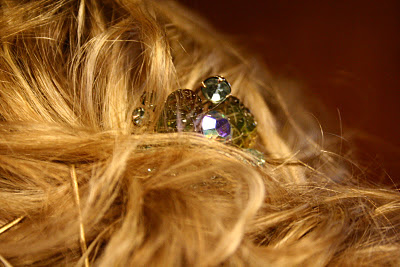 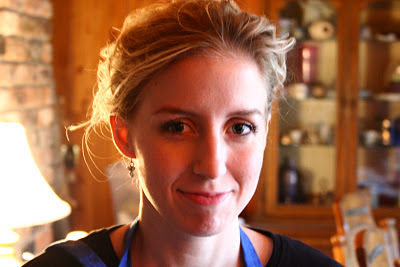 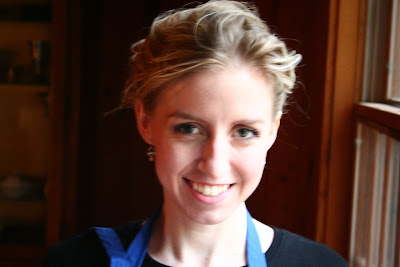 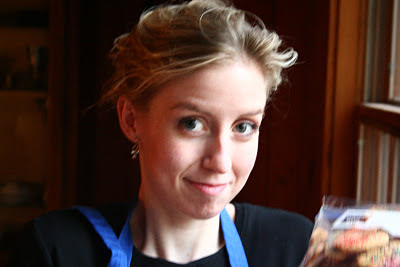 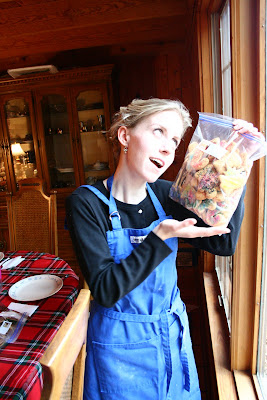 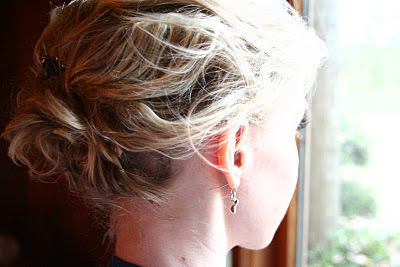 Posted by The Allen Family at 8:50 PM

Great post John, I can't wait to hear what you think of that tasty, tantalising Tintin tea!

Great post John, I can't wait to hear what you think of that tasty, tantalising Tintin tea!