I watched this video over my mom's shoulder and I can't believe children can be taken away from their moms and dads so easy! I saw on the news that a girl took a laptop home from school and the people at school watched her on the webcam and listened to her family talking to each other at their home. This makes me feel really scared and sad for them. I'm very glad we homeschool because when I hear of these things and about bullies, I feel safe here with my family.

http://parentalrights.org/
Posted by The Allen Family at 4:31 PM No comments:

"Rolling In The Deep" A Cappella -- posted by Sarah Grace

Have y'all seen Mike Tompkins' a cappella version of Adele's Rolling in the Deep? I've posted Adele's version first, in case, like Dad, you've never heard it. Mike's version is performed with no instruments, only his mouth and hands!

Keep On Growin' Them Greens! (and harvest 'em sustainably!) -- posted by Mom

I was looking for information on how to harvest our greens garden sustainably, when I found this adorable dude. I can't help but wonder what else he's growing... sustainably!

My Aunt Mary -- posted by John

My "Aunt" Mary isn't really my aunt; she is my mother's best friend. Unfortunately, we don't have relationships with our real aunts and uncles yet, so I am so thankful the Lord gave us Aunt Mary in the meantime. She's like grandparents and aunts and uncles and cousins all rolled into one!

Sadly, Aunt Mary is estranged from many of her loved ones too. She prays for our family, and we pray for her family. We dream of the day when we're all one big happy family together! I've never met Aunt Mary's family, but I feel like "Uncle" Bill and "Uncle" Buddy and all her children and family are ours. And Aunt Mary loves all our cousins, aunts, uncles, and grandparents. She and Ma became great friends before Ma passed away and they prayed together and reconciled. Aunt Mary says to never give up on relationships because the Lord can heal them in a blink.

I've copied Aunt Mary's birthday note below. She doesn't mind because she always tells us to share her notes with everybody. She usually intermixes English with Spanish because she likes to encourage our Spanish studies. She is fluent in Spanish and she loves the Spanish culture. (She also loves bamboo motif for note cards, so if you know where they sell them, please let me know.)

Aunt Mary is poor but she always sends me a birthday dollar even though I tell her not to. She is always generous even in her lack. I love her birthday dollar! She jokes that we shouldn't spend it all in one place.

For this birthday Aunt Mary sent me a recipe for a cake glaze because I don't like too-sweet icing or frosting. She thinks I will love it on a Bundt spice cake made with a whole box of prunes she chops up in coarse chunks. She laughs that people think they are dates or something and get a month's worth of potassium and are none the wiser! I love prunes, and I know I'll love this cake.

Aunt Mary is a holy woman and her love will never cease. The Lord trusts her with daring missions and she sticks her neck out to serve him. She's like a superhero for the Lord and I think she's awesome. 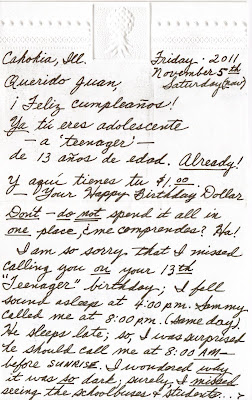 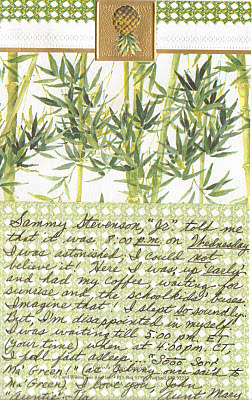 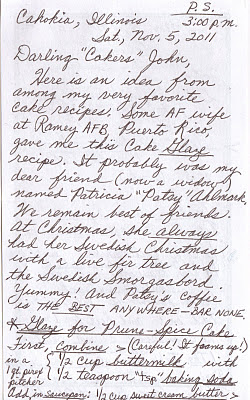 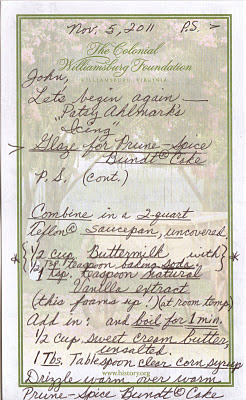 Aunt Mary also recently turned us on to Maurice Ravel's Boléro. I like this one because it is conducted by André Rieu. I've seen him in concert so that makes his version special. Wow @ 3:13!

Christoph Eschenbach's version is, I think, my favorite. It's longer and on two videos, but watch how he conducts with his face! I like the build up of the longer version.

Now watch how Valery Gergiev conducts the London Symphony Orchestra with a toothpick!

Also, here is a link to my Diaryland journal where I wrote a post and posted more of Aunt Mary's cards:

She Makes Them Look Like Duds -- posted by John

Mom actually remembers her groovy dance moves from shows like Ed Sullivan.
Posted by The Allen Family at 1:33 PM No comments:

For Billy (And The Rest Of Us) -- posted by Mom

Here's an interesting back story on Dream a Little Dream of Me from SteynOnline's most recent Steyn's Song of the Week.

http://www.infowars.com/ron-paul-gets-89-seconds-to-speak-in-cbs-debate/
Posted by The Allen Family at 6:29 PM No comments:

Love This -- posted by Momma

Posted by The Allen Family at 2:20 PM No comments:

Yay! The Young Guns made it on tebowing.com! 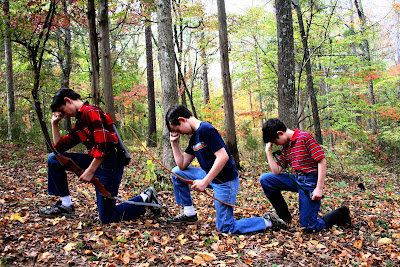 Posted by The Allen Family at 11:08 AM No comments:

I wholeheartedly agree with Savvinidis that this film should be shown in every high school in America, especially our homeschool. In fact, John, I want you to view it as well.

Posted by The Allen Family at 10:59 AM No comments:

This is an excellent documentary on the vaccine controversy, and it's available for free viewing through November 5 on Vimeo.


http://articles.mercola.com/sites/articles/archive/2011/10/30/the-greater-good.aspx
Posted by The Allen Family at 8:10 AM No comments: