John, George, Dad and I went to the fair. It all started off that the Big Four and Jamie Lee, and Caleb, and Lee went to the fair. The day they went, we were reading Farmer Boy out loud. Then, we got a phone call, and the next thing you know, we were going to the fair, too! Mr. Cantey gave Dad free tickets! We went the next day and we didn't waste money on the gambling, but we road the rides and it was the most fun!

We went on a ride where you go upside-down. It was the most fun and scary, but George seemed to like it because he was laughing the whole ride. Then we road on a sleigh ride called The Polar Express. There was a bad thing about it. On the big picture in front, the boys had on ski clothes, and the girls were forced to wear bikinis! They must have been freezing!

George and I had corn dogs and chocolate dipped ice cream. The ice cream was soft on the inside with a hard shell. That was the greatest thing about it because it couldn't fall off.

When we were on the cable car, we could see the roofs of the buildings and it felt like we were going to fall off.

Then we were in teacups on steroids. They went super fast! We all got to sit together, and that was the most fun. While we were rolling, I got to see a machine spider. We went on it next. When we were on it, John thought it was going to be stupid, but it was so fast that I couldn't believe I didn't throw up. It stops at the very top and then goes faster and faster and faster on the way down. After being there all day and night, and since it was getting cold, we decided to get Mom some cotton candy and a candy apple, and we got Sarah a burger. Then we hopped in the car and drove away.

We also got to ride an elephant, and so did Will, Sarah Grace, and Spencer! Lee and Jamie Lee took pictures. Spencer held out his arms and pronounced himself, "Prince Ali Baba!" 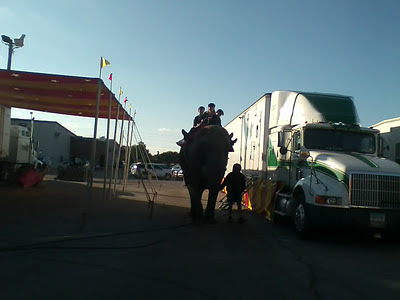 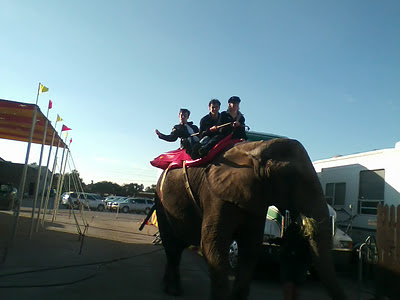 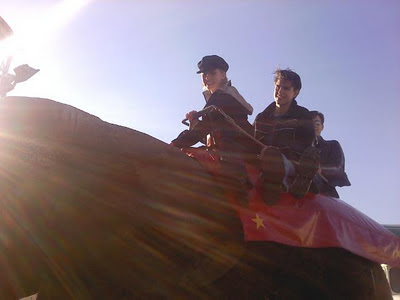 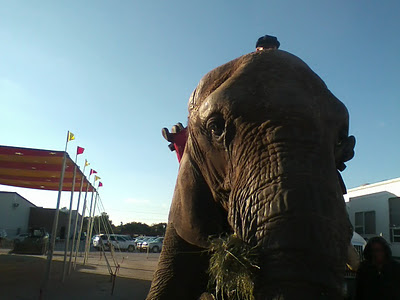 Oh my goodness me! I have never ever in my life seen a fair as big as that! I watched your film with India and we just said "WOHHHHHHHH!!!!" all the way through it. We dont have states over here so we dont have state fairs - we do have county fairs but they are mostly about agricultural things, not rides and Big Fun! We have a travelling fair that comes to our town but its tiny compared to yours. It looks like lots of fun - thanks for sharing the experience. s x